Everyone in the Company would be delighted to have you join us! 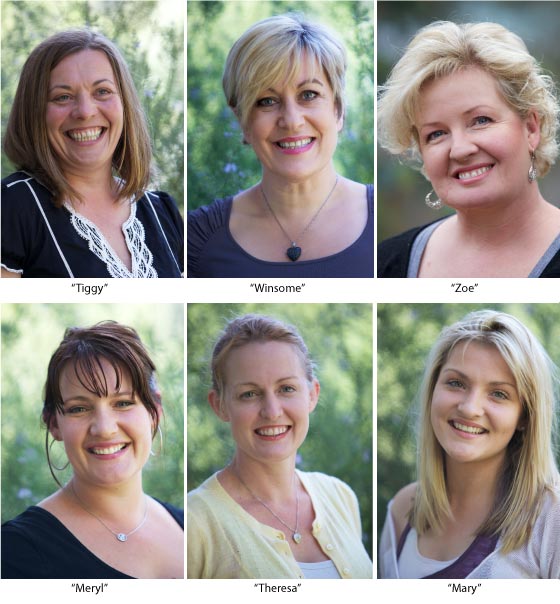 The six characters that comprise the play – a series of six monologues are described as “women on the edge”, balancing demands of lives and each with a story to tell, something to reveal.

Meryl is a somewhat stressed mother with two at school and a seven month old. The script explores the fine art of balancing motherhood when faced with such demands and more and whether Meryl can be relied upon to cope. Is she a good mother? How does she stack up?

Tiggy is alone, her husband having executed his exit plan about a year ago. She has found a degree of solace in the cultivation and care of plants, about which she delivers an informative talk but occasionally becomes side tracked with thoughts of Harry. Somehow her plants begin to take on much more meaning.

Mary is a vibrant and uber confident member of the “me generation.” She is convinced that she is the biggest talent at her school (St. Brigid’s) and that she alone makes the talent show worth attending. Will she light up the stage and take first prize or will Angela McTerry pip her for first prize?

Theresa (Angela’s elder sister) is about to get married and is deliriously excited about her pending status. This is her biggest day, a day that she has been planning since tanning her legs with Leanne Snowball at school. But is she getting married for the right reasons?” She’s certain the dress is right but what about the husband?

Winsome is now widowed and spends most of her life with other widows. She finds that only other widows can relate to her but is hopeful of something unexpected happening. She reads books for the blind which is noble but doesn’t sound particularly exciting but, maybe, maybe there’s something around the corner?

Lastly, Zoe draws a close to the show with a monologue that is mainly song. An ageing diva, she still has it and bounces back from multiple disappointments and fired up her engines once again.

“The women I have written in BOMBSHELLS struggle – sometimes hilariously, sometimes tragically – to bridge the chasm between the wilderness of their inner worlds and the demands of their outer worlds. And humour, in the end, is our saviour.”

When BOMBSHELLS played in London, The Guardian commented, “As observant as anything in Alan Bennett’s TALKING HEADS - and considerably less static ... Beautifully judged in the mixture of comedy and depression.”

By special arrangement with Tropolis Pty Ltd and Currency Press.